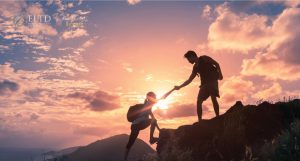 What to Do When You Don’t Trust Your Team

Do you trust the people on your team? It’s an uncomfortable question to ask, because [...] 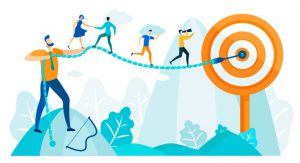 Lead by Example: 12 Ways to Be a Successful Team Leader

Over the years that I have worked in the project management field, I’ve taken a [...]

Applying 21 Laws to the Five Levels of Leadership 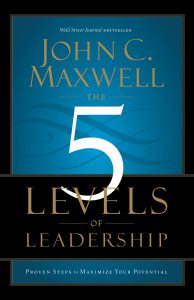 Understanding the 5 Levels of Leadership

How do leaders save a broken relationship?

21 Laws refer to The 21 Irrefutable Laws of Leadership, one of John C Maxwell’s must-read leadership book. As you learn about the 5 levels of leadership, you probably wonder which laws to practice on each level. The truth is that every law can be practiced on every level. However, certain laws are best learned as you move up the 5 levels of leadership so the following table gives you a reference for your growth process.

How to apply 21 laws of leadership on each level?

Law No. 4 – The Law of Navigation: Anyone can steer the ship, but it takes a leader to chart the course. When you receive a leadership position, it’s wise to recognize how early you are in the leadership journey and how much you still have to learn.

Law No. 2 – The Law of Influence: The true measure of leadership is influence – Nothing more, nothing less. If you boil leadership down to its essence, it is influence. Leaders help people work together to accomplish goals that benefit everyone involved.

Law No. 5 – The Law of Addition: Leaders add value by serving others. Many times leaders begin their careers with selfish motives. To move up to Level 2, leaders need to practice the Law of Addition. They lead in order to help people and add value to them.

Law No. 6 – The Law of Solid Ground: Trust is the foundation of Leadership. You cannot influence people who don’t trust you. Trust is the glue that hold people together. Trust begins at Level 2 and it grows as you climb to the highest level.

Law No. 10 – The Law of Connection: Leaders touch a heart before they ask for a hand. Connecting is the having the ability to identify with and relate to people in such a way that increases your influence with them.

People follow because of what you have done for the organization

Law No. 13 – The Law of the Picture: People do what people see. When people see results from their leaders, they know results are expected from them. Whenever results are an expectation, greater productivity happens.

Law No. 15 – The Law of Victory: Leaders find a way for the Team to win. Leaders at level 3 always find ways to win. And they do this on a regular basis, regardless of the odds, obstacles, or circumstances.

Law No. 16 – The Law of the Big Mo: Momentum is a leader’s best friend. Level 3 leadership is where momentum kicks in. Good results create momentum. Production creates a positive cycle that can continue to roll on and on.

Law No. 17 – The Law of Priorities: Leaders understand that activity is not necessarily accomplishment. It’s very easy for us to work hard all day every day, and still never get done the important things that make us and our team productive. So the key here is prioritizing.

People follow because of what you have done for them

Law No. 11 – The Law of the Inner Circle: Leaders’ potential is determined by those closest to them. If you are a leader with a big vision, you won’t be able to achieve it without a team of leaders – an inner circle. They help you achieve and are almost like an extended family.

Law No. 12 – The Law of Empowerment: Only secure leaders give power to others. You cannot reach Level 4 unless you are willing to empower people, promote them and release them to lead. This takes a strong sense of security and an abundance mind-set.

Law No. 14 – The Law of Buy-in: People buy into the leader, then the vision. Few things are more inspiring and energizing than leaders who seek to serve their people and see them rise up to their potential and become leaders themselves.

People follow because of who you are and what you represent

Law No. 20 – The Law of Explosive Growth: To add growth, lead followers – to multiply, lead leaders. Every time you develop a potential leader to Level 4, you change your organization for the better and increase its potential. The reason is when you develop a leader, you gain not only a leader but also all his or her followers.

Law No. 21 – The Law of Legacy: A Leaders’ lasting value is measured by succession. The goal in life is to create something that lives forever. The best way to do that as a Level 5 leader is to invest what you have in the lives of others.

Excerpt from “The 5 Levels of Leadership” by John C. Maxwell.

What are the 5 levels of leadership?

Position is the lowest level of leadership – the entry level. The only influence a positional leader has is that which comes with the job title. People follow because they have to. Positional leadership is based on the rights granted by the position and title. People make it to only Level 1 may be bosses but they are not leaders. They have subordinates rather than team members. They rely on rules, regulations, policies, and organization charts to control their people.

At this level, leadership is based entirely on relationships. When you like people and treat them like individuals who have value, you begin to develop influence with them. You develop trust by getting to know them and how to get along with them. At the same time, your followers find out who you are. You can like people without leading them but you cannot lead people well without liking them.

People follow because of what you have done for the organization

Good leaders don’t just create a good working environment but get things done. That is why they move to Level 3 – which is based on results. At this level, leaders gain influence and credibility and many positive things begin to happen. Work gets done, morale improves, profits go up, turnover down and goals are achieved. Leaders can become change agents through making difficult decisions that will make a difference. They can take people to another level of effectiveness.

People follow because of what you have done for them

Leaders become great not because of their power but their ability to empower others. This is what leaders do on Level 4. They use their position, relationships, and productivity to invest in their followers and develop them until those followers become leaders. At this level, 2 things always happen. First, teamwork goes to a very high level because the high investment in people depends relationships and strengthens loyalty. Second, performance increases because there are more leaders on the team and they help to improve everybody’s performance.

People follow because of who you are and what you represent

This is the highest and most difficult level of leadership because it requires not only effort, skills, and intentionality and but also a high level of talent. What do leaders do on Level 5? They develop people to become Level 4 leaders. They create opportunities that other leaders don’t. They create legacy in what they do. Their leadership gains a positive reputation. As a result, Level 5 leaders often transcend their organization and sometimes even their industry.

Excerpt from “The 5 Levels of Leadership” by John C. Maxwell.

Many leaders think that they can change people but that is not possible. People must change themselves. That doesn’t mean that leaders have no responsibility to people in their organizations in the area of motivation. It’s the leaders’ job to create an environment and culture where motivation is valued and rewarded. Below are ways to do that.

They exhibit a positive attitude

They can articulate specific goals for their life

They have a proven track record of success

And if you want people on your team to be motivated, you must be motivated yourself. People do what people see. We have to live it before expecting it from anyone else.

2. Understand the connection between relationships and motivation: people are motivated by leaders who connect with them and treat them like human beings. This might sound obvious but some leaders still miss it. Few things are more demotivating than working for someone who disrespect you.

3. Give each person a reputation to uphold: People often go father than they think they can go when someone else think they can. One way to show people that you believe in them and in the possibility of success for their future is to give them a reputation to uphold. Ask yourself what’s special, unique, and wonderful about each person on your team. All people have talents, skills, and positive traits that make them valuable to the team. Figure out what they are and share them with others. The more you validate people for the good things they do – or could do – the more they want to do them. Not only does this motivate them to perform in their strengths, it also encourages an environment where people say positive things about one another.

4. Reward what you want done: Most people will work for a reward they desire. If you want to create an environment where people are motivated, give them reasons to get things done. Rewards are motivating. Rules, consequences, and punishment don’t do anything to get people going. They merely keep people from doing their worst. If you want people’s best, give them incentives for performance.